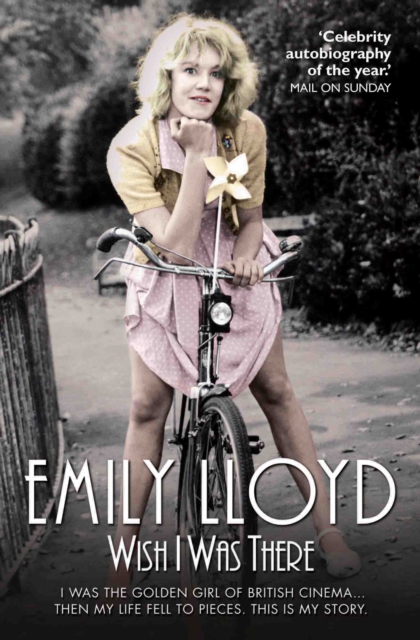 Wish I Was There : I Was the Golden Girl of British Cinema... and Then My Life Fell to Pieces. This is My Story. Paperback / softback

When Emily Lloyd burst onto the movie scene as a teenager, she was hailed as the next Marilyn Monroe.

Her stunning performance as precocious Lynda Mansell in David Leland's Wish You Were Here thrust her into the spotlight, winning her, among other awards, a BAFTA nomination. Hollywood beckoned and Emily landed high-profile roles alongside A-listers like Bruce Willis and, notably, Brad Pitt in A River Runs Through It.

However, behind the cheeky grin that seduced Tinseltown, Emily was struggling with a debilitating mental disorder.

Now, in her deeply honest autobiography, Emily describes the highs and lows she experienced during her tumultuous acting career.