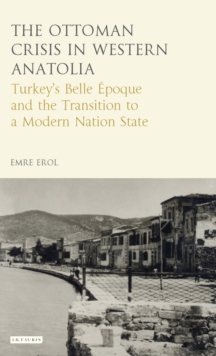 The Ottoman Crisis in Western Anatolia : Turkey's Belle Epoque and the Transition to a Modern Nation State Hardback

Ottoman Turkey's coastal provinces in the early nineteenth century were economic powerhouses, teeming with innovation, wealth and energy a legacy of the Ottoman s outward-looking and trade-orientated diplomacy.

By the middle of the century, the wide-ranging and radical process of modernisation known collectively as the Tanzimat was underway, in part a symptom of a slow decline in Ottoman financial strength.

By the 1920s, the coastal cities were ghost towns. The Ottoman Crisis in Western Anatolia seeks to unpick how and why this happened.

A detailed, rich and authoritative regional study, this book offers a unique and original insight into the effects of forced migration, displacement, economic re-organisation and the competing political ideologies focused on modernisation all of which are central to the study of the late Ottoman Empire.