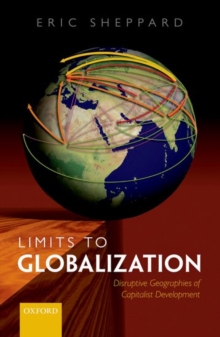 This book summarizes how globalizing capitalism-the economic system now presumed to dominate the global economy-can be understood from a geographical perspective.

This is in contrast to mainstream economic analysis, which theorizes globalizing capitalism as a system that is capable of enabling everyone to prosper and every place to achieve economic development.

From this perspective, the globalizing capitalism perspective has the capacity to reduce poverty.

Poverty's persistence is explained in terms of the dysfunctional attributes of poor people and places.

A geographical perspective has two principal aspects: Taking seriously how the spatial organization of capitalism is altered by economic processes and the reciprocal effects of that spatial arrangement on economic development, and examining how economic processes co-evolve with cultural, political, and biophysical processes.

From this, globalizing capitalism tends to reproduce social and spatial inequality; poverty's persistence is due to the ways in which wealth creation in some places resultsin impoverishment elsewhere.