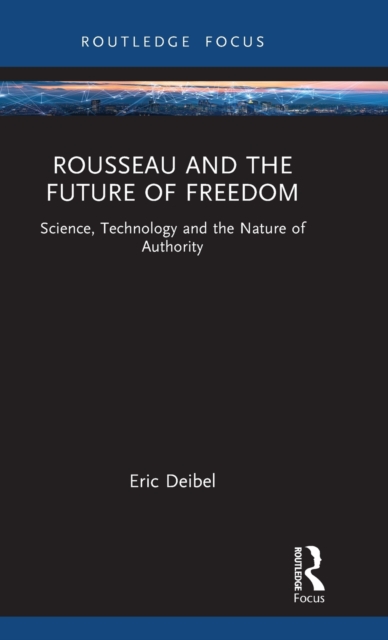 Rousseau and the Future of Freedom : Science, Technology and the Nature of Authority Hardback

by Eric (Delft University of Technology, The Netherlands) Deibel

Part of the Routledge Studies in Science, Technology and Society series

This book examines Rousseau's conception of freedom and its significance for our modern technological world.

Drawing on Rousseau's thought to explore the changing nature of authority, science and technology in modern society, the book's approach points to how Rousseau had a tragic conception of freedom, one that parallels the circumstances that characterize our own desire for freedom and democracy.

Rousseau's critique of progress is integral to his thought in general and underrated when it comes to our own studies of science, technology and society.

This volume refers to cases from the world of "free software" to consider our own predicament with how a flood of code and algorithms that is being wrapped around everything from our stuff to our food, to our bodies, our brains and - by extension - our freedom.

As such, it will appeal to scholars of social and political theory, philosophy and ethics, particularly those with interests in science and technology studies and the implications of modern technology for freedom.