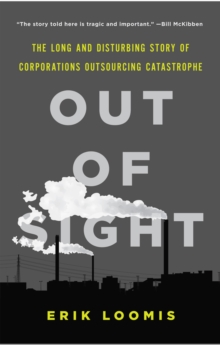 Out Of Sight : The Long and Disturbing Story of Corporations Outsourcing Catastrophe Hardback

When jobs can move anywhere in the world, bosses have no incentive to protect their workers or the environment.

The laws that protect us from rapacious behaviour remain tied to national governments.

In Out of Sight, Erik Loomis follows the thread that runs from the Triangle Shirtwaist Factory Fire in 1911 to the collapse of the Rana Plaza building in Bangladesh, in 2013.

The truth is that our systems of production are just as dirty and abusive as they were during the industrial revolution, but the ugly side of manufacturing is now hidden in faraway places.