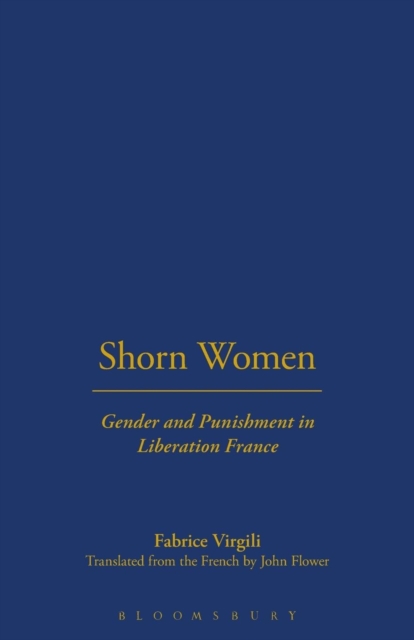 At the end of World War II, over 20,000 French people accused of collaboration with Germany endured a particularly humiliating act of revenge: their heads were shaved in public.

Nearly all those punished were women. This episode in French history continues to provoke shame and unease and as a result has never been the subject of a thorough examination.This groundbreaking book by Fabrice Virgili throws new light on these acts of retribution and reveals that, contrary to popular belief, a vast number of those women accused were innocent of any sexual involvement with Germans.

Further, this form of punishment was in evidence well before the Liberation and in fact occurred in most European countries both in the twentieth century and earlier.Why were these punishments largely directed at women?

Was a relationship with a German emblematic of female collaboration and betrayal, or were contemporary feelings of violence towards the enemy subsequently re-directed?Answering these questions and many more, Virgili suggests that the punishment was not only meted out for 'horizontal collaboration' but also for many other forms of involvement, and that the act of shaving the head was itself a form of sexual punishment.

For Virgili, the public nature of the punishment was a defence strategy, a response to the German Occupation and a reaction to the suffering and violence that had preceded the Liberation.This pioneering investigation of one of France's darkest moments will be fascinating reading for anyone interested in World War II, French history or women's studies.