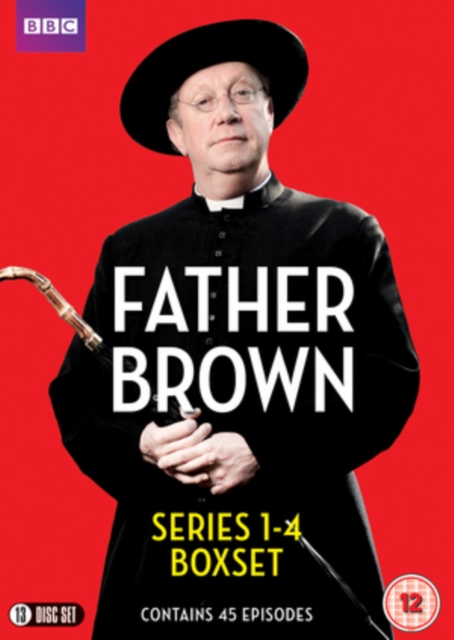 All 45 episodes from the first four series of the TV drama starring Mark Williams as the eponymous character created by English writer G.K.

Series 2 episodes are: 'The Ghost in the Machine', 'The Maddest of All', 'The Pride of the Prydes', 'The Shadow of the Scaffold', 'The Mysteries of the Rosary', 'The Daughters of Jerusalem', 'The Three Tools of Death', 'The Prize of Colonel Gerard', 'The Grim Reaper' and 'The Laws of Motion'.

Series 3 episodes are: 'The Man in the Shadows', 'The Curse of Amenhotep', 'The Invisible Man', 'The Sign of the Broken Sword', 'The Last Man', 'The Upcott Fraternity', 'The Kembleford Boggart', 'The Lair of the Libertines', 'The Truth in the Wine', 'The Judgement of Man', 'The Time Machine', 'The Standing Stones', 'The Paradise of Thieves', 'The Deadly Seal' and 'The Owl of Minerva'.

Series 4 episodes are: 'The Mask of the Demon', 'The Brewer's Daughter', 'The Hangman's Demise', 'The Crackpot of the Empire', 'The Daughter of Autolycus', 'The Rod of Asclepius', 'The Missing Man', 'The Resurrectionists', 'The Sins of the Father' and 'The Wrath of Baron Samdi'.