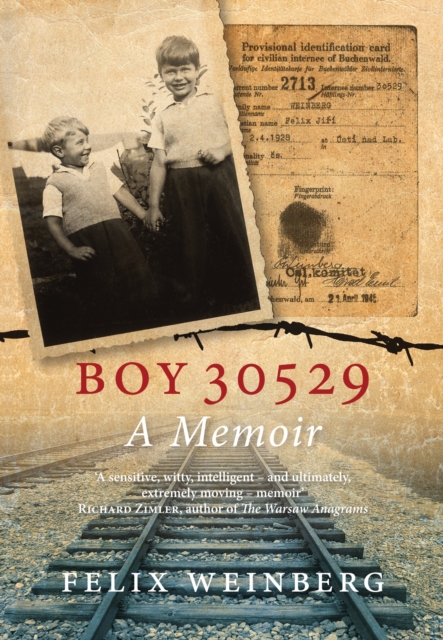 "Anyone who survived the exterminations camps must have an untypical story to tell.

The typical camp story of the millions ended in death ...

We, the few who survived the war and the majority who perished in the camps, did not use and would not have understood terms such as 'holocaust' or 'death march.' These were coined later, by outsiders."In 1939 twelve-year-old Felix Weinberg fell into the hands of the Nazis.

Imprisoned for most of his teenage life, Felix survived five concentration camps, including Terezin, Auschwitz, and Birkenau, barely surviving the Death March from Blechhammer in 1945.

After losing his mother and brother in the camps, he was liberated at Buchenwald and eventually reunited at seventeen with his father in Britain, where they built a new life together.

Boy 30529 is an extraordinary memoir of the Holocaust, as well as a moving meditation on the nature of memory.