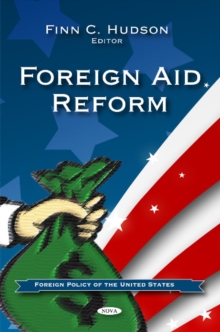 Arguably, the underlying rationale for aid during most of the post-war period was to counter Communist influence in the world.

Since the fall of the Berlin Wall and the collapse of the Soviet Union, and particularly since the terrorist attacks of September 11, 2001, aid programs have increasingly been justified within the context of anti-terrorism.

Despite changing global conditions and challenges, U.S. foreign aid programs, their organisational structure, and their statutory underpinnings, reflect the Cold War environment in which they originated.

This book focuses on the role that foreign assistance can play as a foreign policy tool within the current international environment.