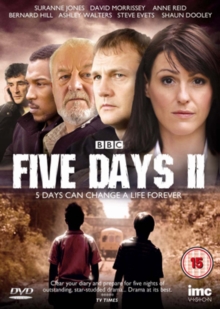 All five episodes from the second series of the BBC crime drama starring Suranne Jones.

In this series DC Laurie Franklin (Jones) and her colleagues investigates the circumstances surrounding a young Muslim's death.

The youth is killed after jumping in front of the train that Laurie is travelling on while accompanying her mother to a hospital appointment.

Soon after Laurie is informed of an abandoned baby who was found in the hospital by one of the cleaners.

As the detective unravels the mystery, it appears the newborn and the deceased may be connected and the Muslim's death may not have been suicidal after all...