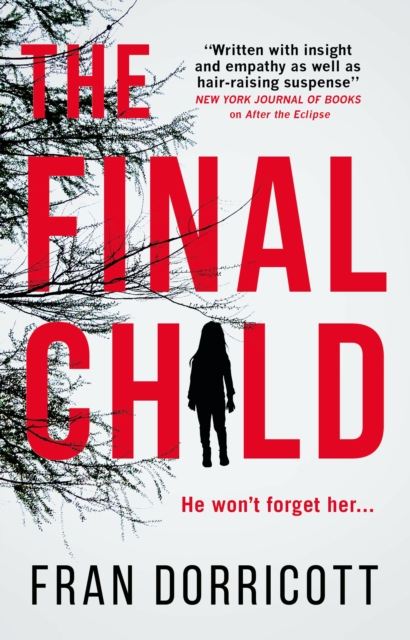 He won't forget her... Erin and her brother Alex were the last children abducted by 'the Father', a serial killer who only ever took pairs of siblings.

She escaped, but her brother was never seen again. Traumatised, Erin couldn't remember anything about her ordeal, and the Father was never caught. Eighteen years later, Erin has done her best to put the past behind her.

But then she meets Harriet. Harriet's young cousins were the Father's first victims and, haunted by their deaths, she is writing a book about the disappearances and is desperate for an interview with the only survivor.

At first, Erin wants nothing to do with her. But then she starts receiving sinister gifts, her house is broken into, and she can't shake the feeling that she's being watched.

After all these years, Erin believed that the Father was gone, but now she begins to wonder if he was only waiting... A tense and emotive thriller, The Final Child is a powerful tale of a survivor being forced to confront her painful past.