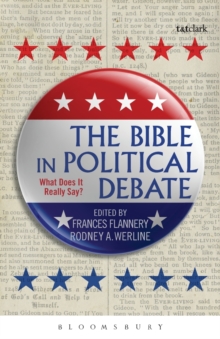 The Bible in Political Debate : What Does it Really Say? Paperback / softback

But is the Bible often used out of context in these major debates?This book includes essays by fourteen biblical scholars who examine the use of the Bible in political debates, uncovering the original historical contexts and meanings of the biblical verses that are commonly cited.

The contributors take a non-confessional approach, rooted in non-partisan scholarship, to show how specific texts have at times been distorted in order to support particular views.

At the same time, they show how the Bible can sometimes make for unsettling reading in the modern day.

The key questions remain: What does the Bible really say?

Should the Bible be used to form public policy?