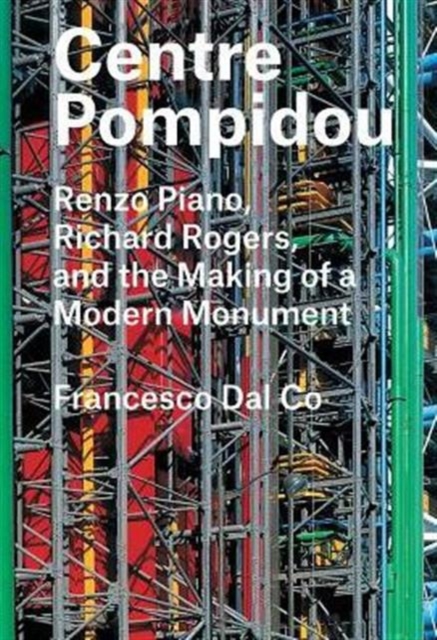 A lively intellectual biography of one of the 20th century's most iconic buildings The Centre Georges Pompidou, also called Beaubourg, is today considered an icon of contemporary Paris, the quintessence of a modern building, and a model for what a museum can be.

In 1971, Renzo Piano and Richard Rogers, together with the engineering firm Ove Arup & Partners, won an international architecture competition with their innovative and irreverent design.

Completed in 1977, the building was at first received skeptically by critics, yet it was quickly embraced by the public as a beloved monument of the modern city of Paris.

This lively intellectual biography of the building explores its history and the reasons for its success, from its genesis as a politically calculated response to Paris's turbulent 1968 student protests to the role played by architects in its construction, as well as the historical influences and the engineering solutions that inform its design.

A key reason for the Centre Pompidou's success indeed lies in its ability to channel architectural memory, connecting it powerfully to Paris's historic urban fabric.

This essential text on one of the twentieth century's most significant buildings is accompanied by a portfolio of rare drawings and photographs.