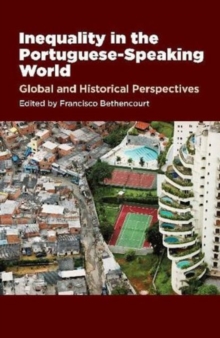 Global social inequality has declined over the past 100 years and the gap between different parts of the world, measured by average lifespan, has narrowed.

The internal gap between wealthy and poor in the western world has likewise reduced, from the 1930s to the 1970s, although not in a linear way.

The 1980s represented a turning point in developed countries, as the top 0.1% of income earners accumulated extraordinary riches.

This new trend did not subside with the financial crisis of 2008, but expanded to less developed areas of the world; indeed, long-term significant reduction of poverty is now considered vulnerable.

Inequality of income and its associated impacts has triggered a passionate debate between those who maintain that an unequal accumulation of richness is crucial for economic and social progress and those who believe that it does not encourage investment and that it prevents increased demand, thus negatively affecting the economy.

This contributed volume sets out to study social inequality in Portuguese-speaking countries, thus providing diversification of experience across different continents.

The purpose is to identify major economic, historical and cultural developments in terms of education, health, life-cycle, gender, ethnic, and religious relations.

The current realities of migration are also addressed, since they raise the issue of ethnic integration.

This is the first published work to address inequality in a cross-continent yet same language perspective, and presents a striking advance in the global study of inequality.