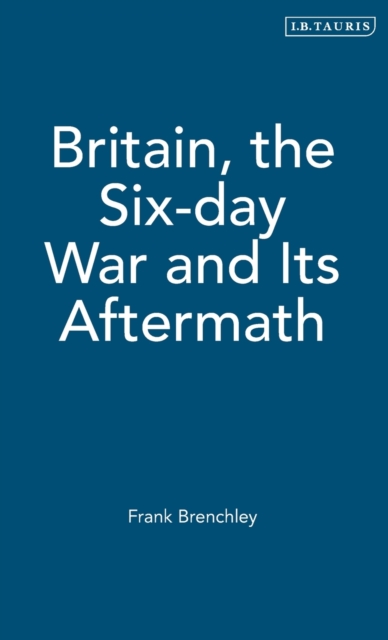 Britain, the Six-day War and Its Aftermath Hardback

Britain's reputation in the Middle East had been reduced to shreds by the fiasco of the Suez War in 1956 but by 1967 - as a result of quiet diplomacy and long-standing contact with the region - recovery seemed possible.

But all seemed shattered by the Six-Day War and especially by the 'Big Lie' - alleging that Britain and the USA colluded with Israel in the war and were thus vital in defeating the Arab side.

Britain, the Six-Day War and its Aftermath is a cool, detailed and detached account by a top mandarin at the heart of British policy who refutes the allegations and shows Britain as pursuing an even-handed policy while promoting long-standing British diplomatic and - vitally for Britain's flagging economy and global position - economic interests.