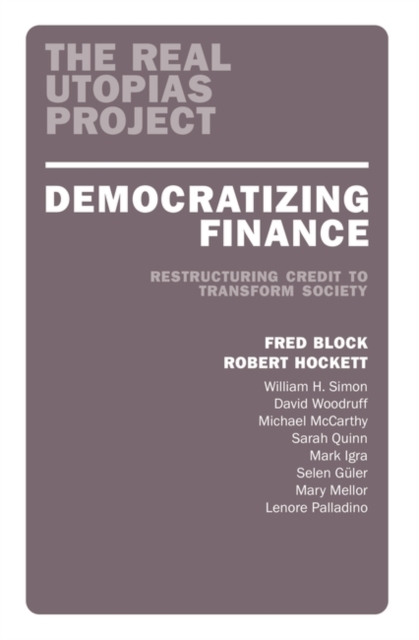 What if our financial system were organized to the benefit of the many rather than simply empowering the few?

Robert Hockett and Fred Block argue that an entirely different financial system is both desirable and possible.

They outline concrete steps that could get us there.

Financial systems move the worlds savings from investment to investment, chasing the highest rates of return.

They run on profit. But what if investment went to the enterprises or institutions that provided things that the majority of people would prioritize?

Democratizing Finance includes six responses that seek to amend, elaborate, and challenge the arguments developed by Hockett and Block.

Some of the core arguments put forward by other contributors include calls for the rapid elimination of private financial entities, the dilemmas of the politics associated with financial reforms, and the fate of parallel proposals advanced in the US in the 1930s.