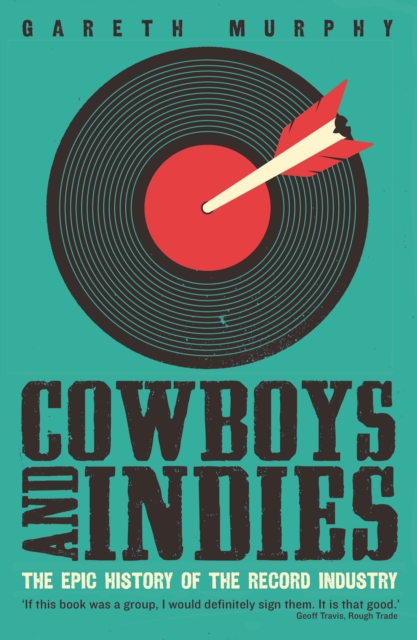 Cowboys and Indies : The Epic History of the Record Industry Paperback / softback

COWBOYS AND INDIES is the story of the 'record men' - the mavericks and moguls who have shaped the music industry from the first sound machines of the 1850s through to today's digital streams.

Men like John Hammond, who discovered Billie Holiday, Bob Dylan and Leonard Cohen; Sam Phillips and Berry Gordy, founders of the Sun and Motown labels; Chris Blackwell, who brought Bob Marley and reggae music into the mainstream; Geoff Travis who built Rough Trade and launched The Smiths; or genre-busting producer Rick Rubin, who recorded Run DMC, Red Hot Chili Peppers and Johnny Cash. Gareth Murphy has drawn on more than 100 interviews with music business legends, as well as extensive archive research, to bring us the behind-the-scenes stories of how music gets made and sold.

He explains, too, how the industry undergoes regular seismic changes.

We may think the digital revolution is a big deal, but in the 1920s the arrival of radio and the Wall Street Crash wiped out 95 per cent of record sales.