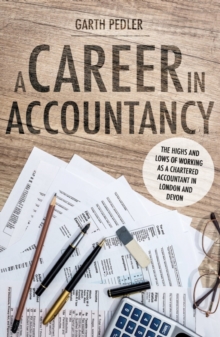 A Career in Accountancy Paperback / softback

The highs and lows of working as a Chartered Accountant in London and Devon.

Garth Pedler realized he had a penchant for figures when, having been given a Bradshaw Railway Timetable in 1957, he found he enjoyed recasting railway branch line timetables to make them more efficient.

Despite having a huge interest in the railways, he came to the conclusion that a career in railway management was not for him.

Instead in 1964 he joined a firm of chartered accountants in the City of London.

This book describes the still Dickensian setup he found there as well as some of the amusing incidents and clients he encountered at the firm.

After one job move Garth joined Touche Ross & Co. While here he saw the first introduction of electronic calculators which removed the need to do most of the calculations in one's head.

After qualifying as a chartered accountant himself he started his own firm specializing in music clients.

In 1980 Garth left London to take his firm to Devon where he worked from home until his eventual retirement.

His business continued to prosper and reached a peak in 1984 when he took on 104 new clients, mainly through personal recommendation.

He also developed an encyclopedic knowledge of tax law which lead to several amusing encounters with various tax inspectors.

The book gives an enlightening view of a career largely spent in the pre-computerized age, and when interesting characters could still be found in the business world. 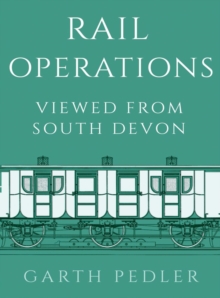