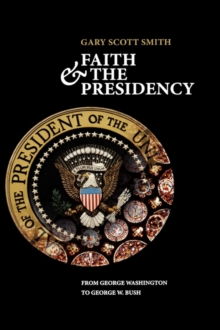 Faith and the Presidency : From George Washington to George W. Bush Hardback

In the wake of the 2004 election, pundits were shocked at exit polling that showed that 22% of voters thought "moral values" was the most important issue at stake.

People on both sides of the political divide believed this was the key to victory for George W.

Bush, who professes a deep and abiding faith in God.

While some fervent Bush supporters see him as a man chosen by God for the White House, opponents see his overt commitment to Christianity as a dangerous andunprecedented bridging of the gap between church and state. In fact, Gary Scott Smith shows, none of this is new.

Religion has been a major part of the presidency since George Washington's first inaugural address.

Despite the mounting interest in the role of religion in American public life, we actually know remarkably little about the faith of our presidents.

Was Thomas Jefferson an atheist, as his political opponents charged?

What role did Lincoln's religious views play in his handling of slavery and the Civil War?

How did born-again Southern BaptistJimmy Carter lose the support of many evangelicals?

Is George W. Bush, as his critics often claim, a captive of the religious right?

In this fascinating book, Smith answers these questions and many more.

He takes a sweeping look at the role religion has played in presidential politics and policies. Drawing on extensive archival research, Smith paints compelling portraits of the religious lives and presidencies of eleven chief executives for whom religion was particularly important. Faith and the Presidency meticulously examines what each of its subjects believed and how those beliefs shaped their presidencies and, in turn, the course of our history.