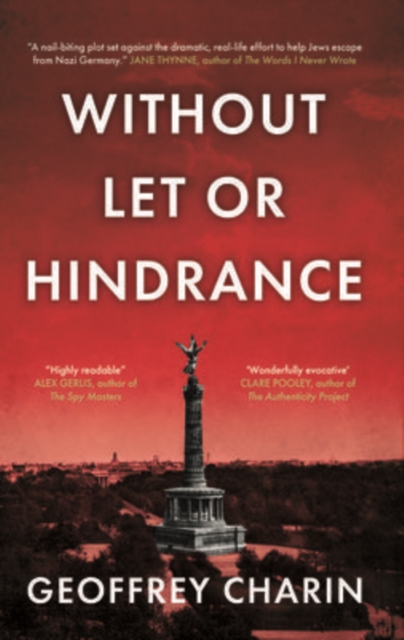 Without Let or Hindrance Paperback / softback

It's the summer of 1938 and Veronica and her fascist boyfriend Billy attend a pro-German event hosted by the 5th Duke of Wellington.

Amid the evening's glamour and fervour, Veronica meets Sir Oswald Mosley and Diana Mitford, who invite her on a trip to Berlin. All over Europe, evil triumphs as good men do nothing, but for Veronica, doing nothing is no longer an option. As Europe edges towards war and the Nazis prepare to unleash the Kristallnacht pogrom on Germany's Jews, the British government juggles appeasing Hitler with growing pressure to accept Jewish refugees. Veronica finds herself entering into a high-risk world of deadly intrigue and high-level political conspiracy to place herself at the very heart of darkness: Berlin under the Nazis. "A nail-biting plot set against the dramatic, real-life effort to help Jews escape from Nazi Germany." - Jane Thynne, author of The Words I Never Wrote"Highly readable." - Alex Gerlis, author of The Spy Masters"Complex, well-rounded characters, an engaging protagonist and an enthralling storyline make Without Let or Hindrance a must read for fans of historical thrillers." - Adam Lebor, author of Kossuth Square