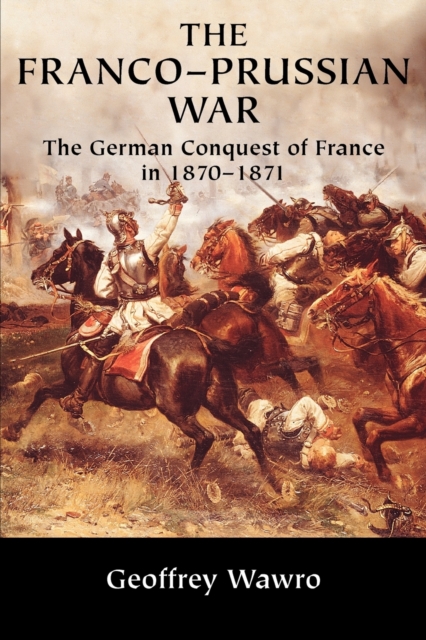 The Franco-Prussian War : The German Conquest of France in 1870-1871 Paperback / softback

The Franco-Prussian War of 1870-1 violently changed the course of European History.

Alarmed by Bismarck's territorial ambitions and the Prussian army's crushing defeats of Denmark in 1864 and Austria in 1866, French Emperor Napoleon III vowed to bring Prussia to heel.

Digging into many European and American archives for the first time, Geoffrey Wawro's The Franco-Prussian War describes the war that followed in thrilling detail.

While the armies mobilized in July 1870, the conflict appeared 'too close to call'.

Prussia and its German allies overwhelmingly outnumbered the French.

But Marshal Achille Bazaine's grognards ('old grumblers') were the stuff of legend, the most resourceful, battle-hardened, sharp-shooting troops in Europe.

From the political intrigues that began and ended the war to the bloody battles at Gravelotte and Sedan and the last murderous fights on the Loire and in Paris, this is a stunning, authoritative history of the Franco-Prussian War.