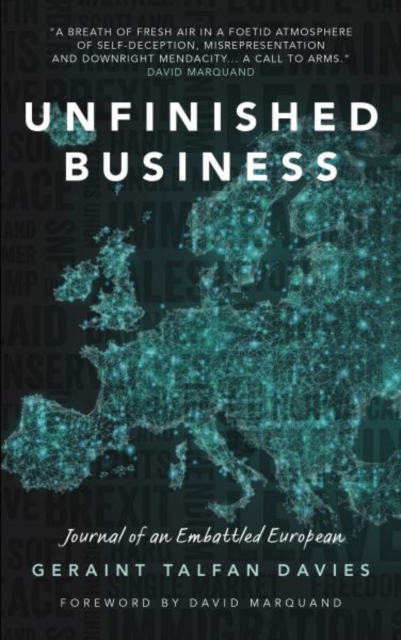 For many in Britain the issue of the country's membership of the European Union is the biggest political decision of their lifetime.

It affects their livelihoods, their communities, the life chances of their children and their grandchildren and, above all, their sense of themselves.

The existential nature of what is at stake is, perhaps, the reason the rift in British society is so deep. Geraint Talfan Davies, writes as a committed European, but also from the perspective of Wales - of the UK's nations, the one that he argues has most to lose from Brexit.

His diary takes us through Auschwitz, a German car factory, and a European Cup Final.

He explores the potential impact of Brexit on our universities and our cultural life.

He also takes us through a clutch of referendums - on devolution in Wales and on independence in Scotland - charting the interplay of devolution and the European issue. Closely involved in the Europe referendum, he is critical of the campaign for not expressing a sense of idealism, and, writing just as the Parliamentary debate approaches its climax, he makes the case that the Labour Party must steel itself to stop Brexit.