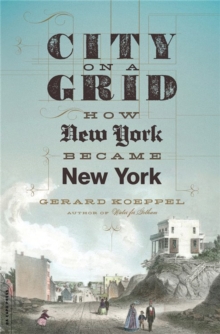 You either love it or hate it, but nothing says New York like the street grid of Manhattan.

Created in 1811 by a three-man commission featuring headstrong Founding Father Gouverneur Morris, the plan called for a dozen parallel avenues crossing at right angles with many dozens of parallel streets in an unbroken grid.

Hills and valleys, streams and ponds, forests and swamps were invisible to the grid; so too were country villages, roads, farms, estates, and generations of property lines.

All would disappear as the crosshatch fabric of the grid overspread the island: a heavy greatcoat on the land, the dense undergarment of the future city. No other grid in Western civilization was so large and uniform as the one ordained in 1811.

Not without reason. When the grid plan was announced, New York was just under two hundred years old, an overgrown town at the southern tip of Manhattan, a notorious jumble of streets laid at the whim of landowners.

To bring order beyond the chaos--and good real estate to market--the street planning commission came up with a monolithic grid for the rest of the island.

Mannahatta--the native "island of hills"--became a place of rectangles, in thousands of blocks on the flattened landscape, and many more thousands of right-angled buildings rising in vertical mimicry. The Manhattan grid has been called "a disaster" of urban planning and "the most courageous act of prediction in Western civilization." However one feels about it, the most famous urban design of a living city defines its daily life.

This is its story 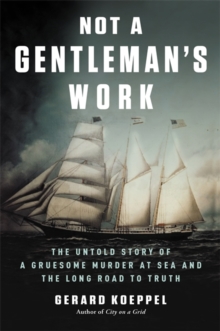 Not a Gentleman's Work