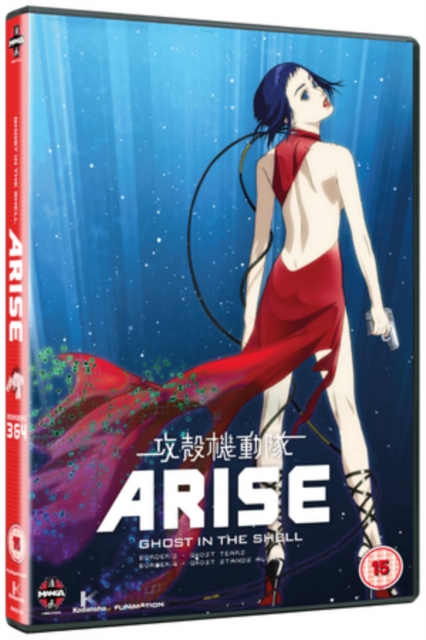 Ghost in the Shell Arise: Borders Parts 3 and 4 DVD

Double bill of the Japanese anime action dramas directed by Kazuchika Kise. 'Ghost Tears' (2014) follows Motoko and Batou (voices of Maaya Sakamoto and Kenichirou Matsuda) as they try to stop a terrorist organisation and Togusa (Tarusuke Shingaki) investigates the murder of a man with a prosthetic leg. 'Ghost Stands Alone' (2014) is set in the year 2027 and follows the residents of New Port City as they continue to rebuild after the fourth non-nuclear war.

As the clean-up takes place, a self-propelled mine explodes leaving more devastation in its wake.