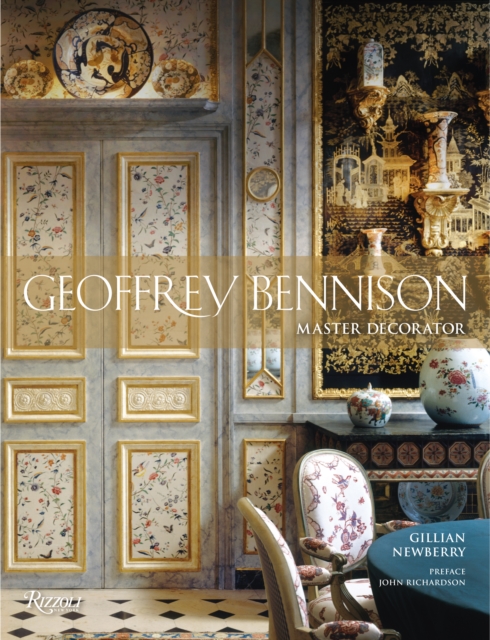 The first monograph on the work of renowned twentieth-century British decorator and antiques dealer Geoffrey Bennison. Geoffrey Bennison (1921-1984) ranks among England's most influential designers, defying conventional notions of style to conjure up magnificent settings for discerning clients who loved his theatrical and romantic sensibility.

The master of the layered look, he used antique textiles with his own fabrics to achieve a complex mix of scale, pattern, and colour in inventive shades such as his evocative Red Riding Hood Red and Prussian Blue.

His talent for combining eclectic objects, his unerring eye, and his deep knowledge of antiques earned him a reputation for sophisticated originality equalled by very few.

Even today, leading designers turn to Bennison for inspiration. This lavish volume opens with an illuminating text about Bennison's fascinating history-from his early days at the Slade School of Art and his work as an antiques dealer in London during the swinging sixties to his later career as an interior designer. All of Bennison's interiors are showcased, from magnificent country estates and retreats to elegantly appointed apartments and townhouses filled with priceless French and English furniture and curiosities, making this book a must-have for design lovers.