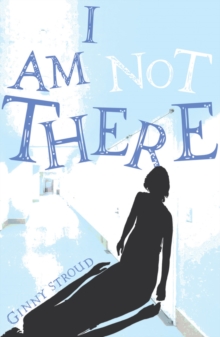 I Am Not There Paperback / softback

Alzheimer's - just a word, but one which conjures a whole range of emotions and thoughts - none of them positive.

But how do we know? We are easily fooled. When you look in a mirror you do not see reality. For some, Alzheimer's disease is a subject only mentioned in passing; for others, experiencing the profound effects it can have becomes a devastating reality.

All are aware of its devastating outcome, but this is a novel about life, not death. Or rather, two lives: Beth is based on fact - only the names have been changed to protect the guilty.

Betsy's story is a mixture of imagination and wishful thinking. "Just its name brings anxiety and alarm: Alzheimer's.

Sometimes, in my darker moods, I consider the future heredity possibilities: even going so far as to estimate the time I have left.

A countdown to slow oblivion." I Am Not There broadens the concept of near death, out-of-body experiences, providing a different, positive perspective on illness, life and death, and what may occur afterwards.

It will appeal to anyone dealing with terminal illness or questioning the meaning of death. "The last week of my grandmother's life gave me absolute belief in an afterlife.

There were moments when I knew that she was not there and I took this one step further, to look at what happens to spirits in between life and death," says Ginny, who was adopted by her grandmother, and who she cared for during the last ten years of her life after a diagnosis of Alzheimer's disease.

Ginny is determined that her grandmother's achievements should not be overshadowed by her disease.