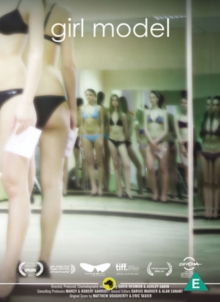 David Redmond and Ashley Sabin direct this documentary revealing the mechanics behind the modelling industry.

The film follows scout and former model Ashley Arbaugh as she discovers Nadya, a 13-year-old from a remote Siberian village, and takes her to Tokyo, where she sets out to secure her a Japanese modelling contract and work visa.

Along the way Nadya's dreams of fame and fortune are continually dashed as she is exploited in one way or another by everyone around her.

Meanwhile, Ashley's painful backstory is revealed through a video diary she kept during her own debut in the Japanese capital.