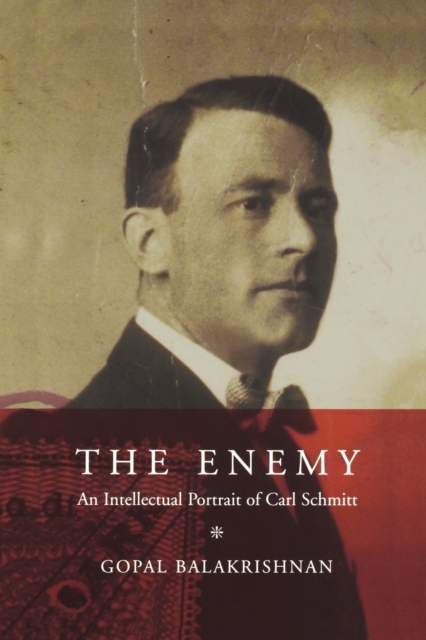 The Enemy : An Intellectual Portrait of Carl Schmitt Paperback / softback

The writings of Carl Schmitt form what is arguably the most disconcerting, original, and yet still unfamiliar body of twentieth-century political thought.

In the English-speaking world, he is terra incognita, a name associated with Nazism, the author of a largely untranslated oeuvre forming no recognizable system, coming to us from a disturbing place and time in the form of fragments. The Enemy is a comprehensive reconstruction and analysis of all of Schmitt's major works-his books, articles and pamphlets from 1919 to 1950-presented in an arresting narrative form.

The revelation of his work is that, unlike mainstream Nazi ideology, Schmitt makes a strong philosophical claim for the necessity of confrontational politics within a democratic system; a claim that has resonance in today's hegemony of consensual politics.