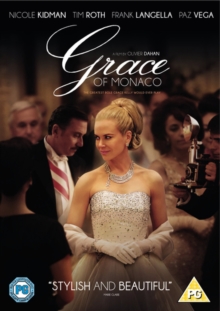 Nicole Kidman stars as the Hollywood actress and Princess of Monaco Grace Kelly in this biographical drama from director Olivier Dahan.

Six years after leaving her profession to marry Prince Rainer III of Monaco (Tim Roth), Grace, now the mother of two children, considers returning to the movies when she gets approached by Alfred Hitchcock (Roger Ashton-Griffiths).

Meanwhile, a conflict breaks out when French President Charles de Gaulle (André Penvern) threatens to invade the principality and Grace must choose once and for all between her life as a film star and her role as princess.