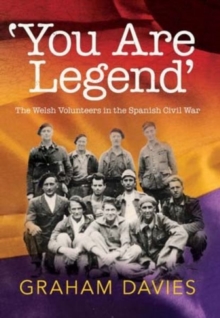 'You are Legend' : The Welsh Volunteers in the Spanish Civil War Paperback / softback

"Mothers! Women! When the years pass by and the wounds of war are stanched; when the memory of the sad and bloody days dissipates in a present of liberty, of peace and of wellbeing...speak to your children.

Tell them of these men of the International Brigades." Dolores Ibarruri, 'La Pasionaria, ' Madrid 1938.

Almost 200 Welshmen volunteered to join the International Brigade and travelled to Spain to fight fascism with the Republicans during the 1936-1939 Spanish Civil War.

Whilst over 150 returned home, at least 35 died during the brutal conflict.

You Are Legend is their remarkable story. Lovingly and thoroughly researched by Graham Davies, You Are Legend outlines the motives, values, and actions of the volunteers from Wales by exploring the social, cultural, religious, and political context of Wales during the 1930s.

It also provides a fascinating insight into who they were and their political backgrounds, and follows their journeys to Spain and their experiences in a series of key battles fought by the British Battalion before documenting their deaths or safe return to Wales.

Politically active as trade unionists, members of the Communist or Labour parties, and hunger marchers, many were unemployed miners and most were working class with the fighting spirit of the coalfield and the impoverished.

Unprepared and sometimes incredulous, these volunteers became immersed in a civil war which created a rupture in the heart of Spain that has never fully healed.

You Are Legend is the first book to fully document all of the Welsh volunteers. 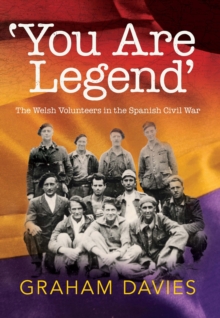 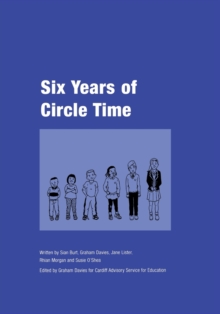 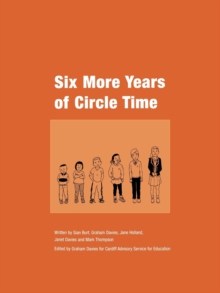 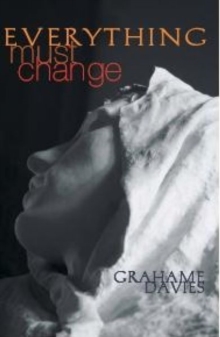