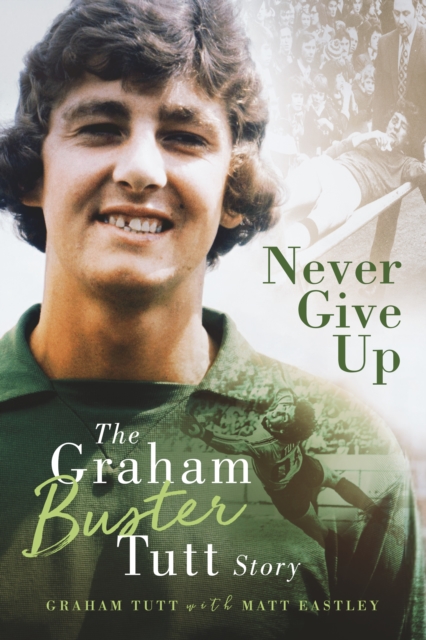 Never Give Up : The Graham 'Buster' Tutt Story Hardback

In 1976, young Charlton Athletic goalkeeper Graham Tutt had the world at his feet.

Then in an instant his dreams were shattered by a career-ending collision seen by millions on TV.

What happened next has never been told before. Persistent double vision scuppered a comeback attempt, leading to hurt, depression and bitterness.

Moving to South Africa, Tutt witnessed the horrors of apartheid while playing in the country's first mixed league.

After surviving some hair-raising experiences, he settled in America and played professional soccer, ran soccer camps for thousands of young people and was inducted into the Georgia Soccer Hall of Fame.

He also found love and contentment along with forgiveness after tracking down a figure from his distant past.

Never Give Up: The Graham 'Buster' Tutt Story is both laugh-out-loud funny and heart-achingly sad.

It speaks not just to athletes but to anyone who has suffered a major setback in their life.