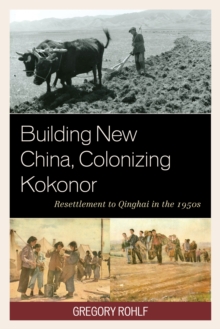 More than 100,000 eastern Han and Hui Chinese were sent to Qinghai province-known in Mongolian as Kokonor and Amdo to Tibetans-to plow up new fields in areas that were being incorporated into the Chinese state for the first time.

The settlers were to bring their skilled labor, literacy, and modern thinking to "backward" Qinghai to fully exploit its natural resources of oil, natural gas, gold, and empty lands for the benefit of the industrializing nation.

The book is a social and political history of resettlement, focusing on the people who were moved and the overall impact the program had on the province.

It is a frontier history, but it also narrates a story of state building in modern China that spans the twentieth century and the opening years of the twenty-first.