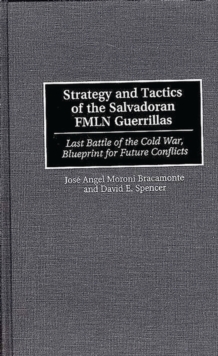 Strategy and Tactics of the Salvadoran FMLN Guerrillas : Last Battle of the Cold War, Blueprint for Future Conflicts Hardback

This book examines the military organization, strategy, and tactics of the Salvadoran FMLN guerrillas during their efforts to overthrow the government.

It is largely based on the authors' personal collections of guerrilla documents captured in the war, interviews with former and captured guerrillas, and personal combat experience during one of the fiercest wars fought in the Western hemisphere in the 20th century.

The book describes the guerrilla tactics from a technical point of view, and their evolution during the war in El Salvador. It includes discussions of such tactical concepts as concentration and deconcentration, urban combat, anti-air defense, the use of mines, and homemade weapons.

It contains a chapter on the FMLN special forces-they were responsible for most of the spectacular attacks of the war-and it examines the sophisticated logistical system of the FMLN that made the prolonged war possible.

Wherever possible, these concepts are illustrated by actual combat experiences from sources on both sides of the conflict.

An important text for all concerned with guerrilla warfare and counterinsurgency.

Latin Americanists and students of the developing world will also find much of interest. 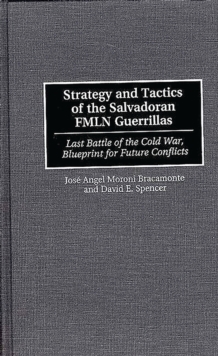 Strategy and Tactics of the Salvadoran...