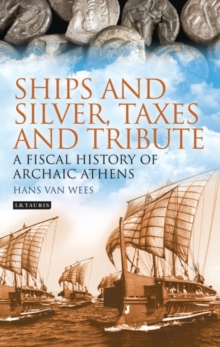 Historians since Herodotus and Thucydides have claimed that the year 483 BCE marked a turning point in the history of Athens.

For it was then that Themistocles mobilized the revenues from the city's highly productive silver mines to build an enormous war fleet.

This income stream is thought to have become the basis of Athenian imperial power, the driving force behind its democracy and the centre of its system of public finance.

He shows that Themistocles did not transform Athens, but merely expanded a navy-centred system of public finance that had already existed at least a generation before the general's own time, and had important precursors at least a century earlier.

The author reconstructs the scattered evidence for all aspects of public finance, in archaic Greece at large and early Athens in particular, to reveal that a complex machinery of public funding and spending was in place as early as the reforms of Solon in 594 BCE.

Public finance was in fact a key factor in the rise of the early Athenian state - long before Themistocles, the empire and democracy.