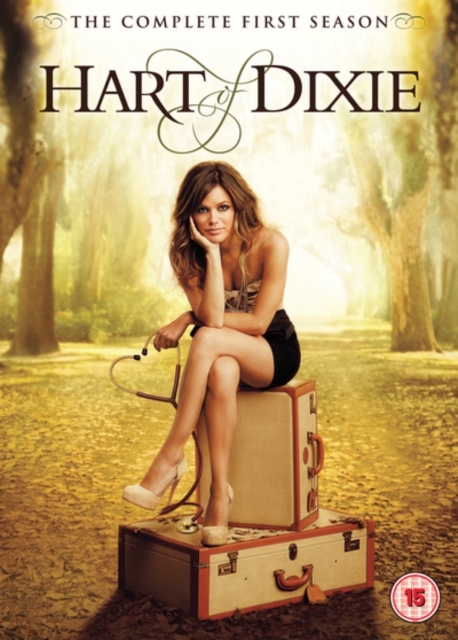 The complete first season of the US comedy drama starring Rachel Bilson as a young doctor who finds herself the co-owner of a medical practice.

Dr. Zoe Hart (Bilson) dreams of becoming a cardio-thoracic surgeon but after failing to get a fellowship she decides to move from New York to Alabama where she has been offered a job by an apparent stranger, Dr. Harley Wilkes (Nicholas Pryor), who shares a small medical practice with Dr. Brick Breeland (Tim Matheson). When Harley passes away he leaves Zoe his half of the business but she soon faces Brick's criticism who wants the practice for himself.

The episodes comprise: 'Pilot', 'Parades and Pariahs', 'Gumbo and Glory', 'In Havoc and in Heat', 'Faith and Infidelity', 'The Undead and the Unsaid', 'The Crush and the Crossbow', 'Homecoming and Coming Home', 'The Pirate and the Practice', 'Hairdos and Holidays', 'Hell's Belles', 'Mistress and Misunderstandings', 'Sweetie Pies and Sweaty Palms', 'Aliens and Aliases', 'Snowflakes and Soulmates', 'Tributes and Triangles', 'Heart to Hart', 'Bachelorettes and Bullets', 'Destiny and Denial', 'The Race and the Relationship', 'Disaster Drills and Departures' and 'The Big Day'.