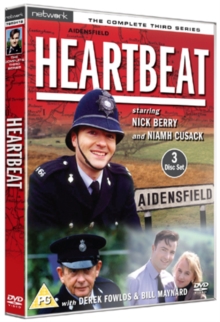 All ten episodes from the third series of the Yorkshire Television police drama series starring Nick Berry and Niamh Cusack, set in the fictional North Yorkshire village of Aidensfield in the 1960s.

Episodes are: 'Speed Kills', 'Riders of the Storm', 'Dead Ringer', 'Going Home', 'A Chilly Reception', 'The Frighteners', 'Father's Day', 'Endangered Species', 'An American in Aidensfield' and 'Bringing It All Back Home'.