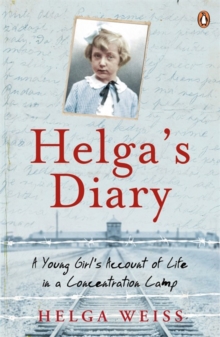 'The most moving Holocaust diary published since Anne Frank' Daily TelegraphFirst they led us to the baths, where they took from us everything we still had.

Quite literally there wasn't even a hair left. I didn't even recognize my own mother till I heard her voice . . . In 1941, aged 12, Helga Weiss, her mother and father were forced to say goodbye to their home, their relatives and all that they knew, and were interned in the Nazi concentration camp of Terezin.

For the next three years, Helga documented her experiences there, and those of her friends and family, in a diary.

Then they were sent to Auschwitz, and the diary was left behind, hidden in a wall. Helga was one of a tiny number of Jewish children from Prague to survive the holocaust.

After she returned home, she eventually managed to retrieve her diary and completed the journal of her experiences.

The result is one of the most vivid first-hand accounts of the Holocaust ever to have been recovered. 'Anne Frank's diary finished when her family was rounded up for the camps: in Helga's Diary, we have a child's record of life inside the extermination factories.

Shines a light into the long black night that was the Holocaust' Daily Express 'Resounds with a ferocious will to endure conditions of astonishing cruelty.

Displays a rare capacity to remain keenly observant and to find the right words for transmitting . . . memory into history' New Statesman 'A moving testimony to courage and endurance.

Remarkable . . . what is so compelling is the immediacy and unknowingness' Financial Times 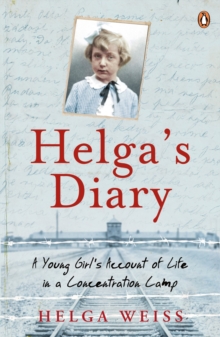 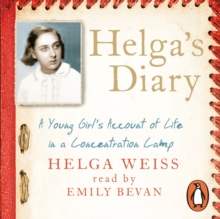 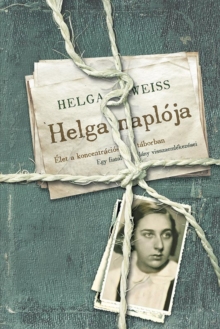