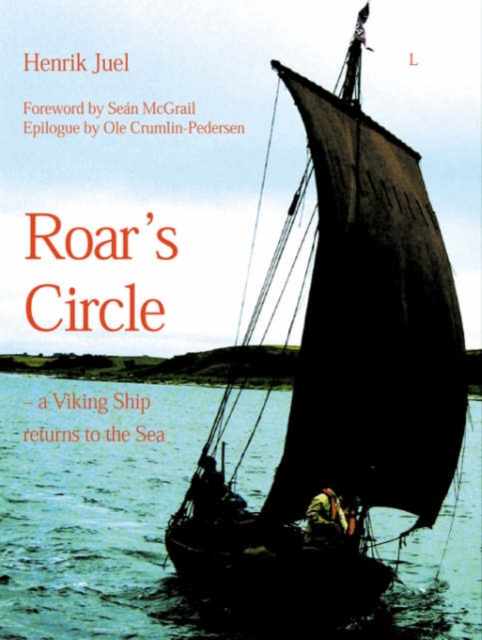 Join a team of pioneers in a highly ambitious project to reconstruct a fully-functioning longship from over a thousand years ago.

Roar's Circle documents the two-year project to accurately re-build a Viking ship from raw oak trunks, using traditional Viking techniques and tools, and finally to set it to sail on the open seas.Ably translated by Rae Duxbury, this book is the first representation of the complexity of Viking shipbuilding, as the modern-day Danish team discovers for itself the skills and parts necessary for completion of Roar Ege, the 'master' ship which still roams the waters today.

The project is divided into five chapters, from the completed ship's adventures at sea, to the beginning of Roar Ege's early days and through its subsequent stages of development.

Headings such as Stone Axes, Cold Winds and Fellowship focus the account, and a highly useful glossary of nautical and shipbuilding terms is also included.The sheer grit of the characters who helped build their ship forms a further aspect of the study, as the author describes individuals' preferences for construction, their drive and endeavour. This fascinating book is also a testament to man's enterprise and perseverance, which has not diminished over time."The ship lies balanced between the two elements of wind and water and hurls herself eagerly forward like a mythical, dancing monster, the sail above set like the wings of a bird of prey and the hull beneath resembling a streamlined shark."From Chapter Five: Roar at Sea