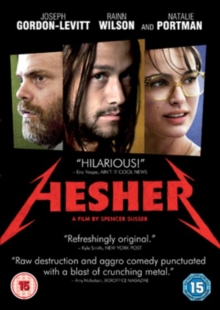 After his mother is killed in a car crash, T.J. (Devin Brochu) falls into a deep depression. Living with his sleeping pill-addicted father, Paul (Wilson), and absent-minded grandmother (Piper Laurie), while at the same time being bullied relentlessly at school, he soon withdraws into a state of extreme social isolation alleviated only by his crush on bespectacled supermarket check-out girl Nicole (Portman).

However, things change dramatically for T.J. when an unlikely ally comes into his life in the form of Hesher (Joseph Gordon-Levitt), a nihilistic, foul-mouthed, heavy metal-loving pyromaniac squatting in a nearby abandoned building.