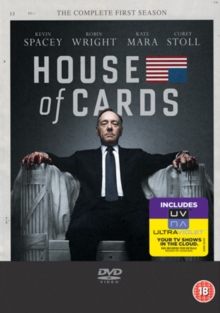 All 13 episodes from the first series of the award-winning political drama starring Kevin Spacey.

Based on the novel by Michael Dobbs and the subsequent BBC adaptation of the book, the series follows Francis Underwood (Spacey), the House Majority Whip who, despite his position of authority, is gravely dissatisfied.