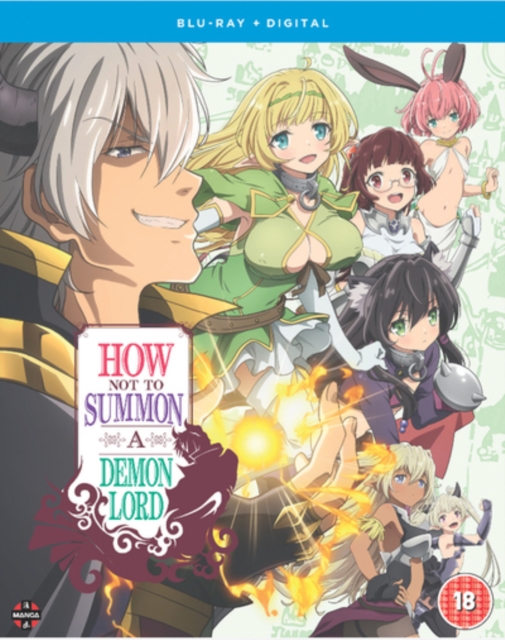 How Not to Summon a Demon Lord Blu-ray

All 12 episodes of the Japanese anime directed by Yuuta Murano.

One day reclusive gamer Takuma Sakamoto (voice of Masaaki Mizunaka) wakes up in another world with the appearance of his gaming character the Demon King, Diablo.

In this realm he has been summoned by two female characters, Shera L.

Greenwood (Yuu Serizawa) and Rem Galeu (Azumi Waki), who want to use him as their slave.

However, their spell does not work out as intended and instead they find themselves bound to Diablo.

In an attempt to free the girls from the spell Takuma continues to inhabit his new role and must adapt to his new existence as the fearsome Demon King if their freedom is to be realised.