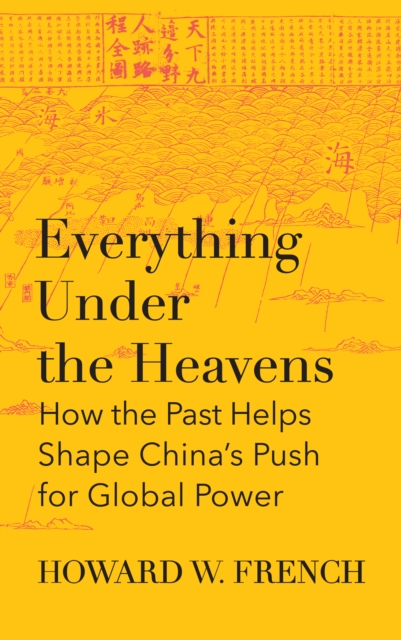 Everything Under the Heavens : How the Past Helps Shape China's Push for Global Power Hardback

A book of the year for The National. An incisive investigation of China's ideological development as it becomes an ever more aggressive player in regional and global diplomacy. For many years after Deng Xiaoping initiated the economic reforms that began in 1978 and led to its overtaking the USA as the world's economic powerhouse, China maintained an attitude of false modesty about its ambitions.

That diffidence has now been set aside. China has asserted its place among the global heavyweights, revealing its plans for pan-Asian geopolitical dominance by building up its navy, fabricating new islands to support its territorial claims in areas like the South China Sea, and diplomatically bullying smaller players. Underlying this shift in attitude is a strain of thinking that casts China's present-day actions in historical terms.

China is now once more on the path to restoring the glories of its dynastic past.

Howard W. French demonstrates that if we can understand how that historical identity informs current actions - in ways ideological, philosophical, and even legal - we can learn to forecast just what kind of global power China intends to become - and to interact wisely with the superpower.