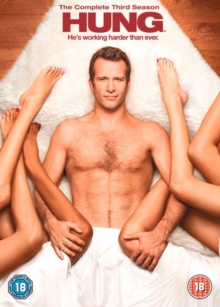 Having resorted to male prostitution to make ends meet, Ray and his pimp, Tanya (Jane Adams), find they have competition in Jason (Stephen Arnell), a new, much younger rival, discovered by their ex-business partner, Lenore (Rebecca Creskoff), who is determined to steal their clients.

The episodes comprise: 'Don't Give Up On Detroit Or Hung Like a Horse', 'Take the Cake Or Are You Packing?', 'Mister Drecker Or Ease Up On the Whup-Ass', 'F*ck Me, Mr. Drecker Or Let's Not Go to Jail', 'We're Golden Or Crooks and Big Beaver', 'Money On the Floor', 'What's Going On Downstairs? Or Don't Eat Prince Erix!', 'I, Sandee Or This Sex. Which Is. Not One', 'A Monkey Named Simian Or Frances Is Not a Fan' and 'The Whole Beefalo'.