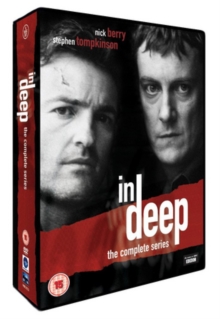 In Deep: The Complete Series DVD

All the episodes of the BBC police drama starring Nick Berry and Stephen Tompkinson.

But as they get deeper into their undercover identities, both men find the demands of the job begin to have an adverse effect on themselves and the ones they love.