Quirky Japanese comedy drama. Kumiko Aso stars as Haname, a young woman who has run out of luck: the magazine she works for is about to fold, and her on-off boyfriend has just moved abroad.

Unemployed and aimless, Haname finds herself at a crossroads with no idea which direction to take.

Then, following the hospitalisation of her mother, she makes the life-changing discovery that her real father is not who she thought he was, but is actually a hippie drifter nicknamed Light Bulb (Morio Kazama).

A series of bizarre events now leaves Haname with a comatose mother, an eccentric stranger for a dad - and a whole new outlook on life. 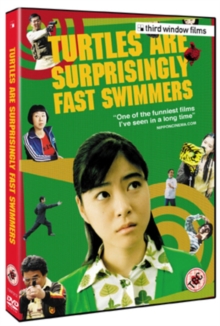