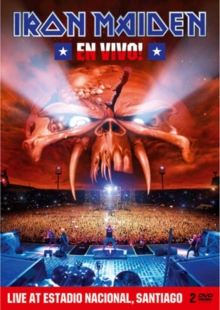 Together since 1975, the band have produced 15 studio albums over the course of their career, making them one of the most successful and influential metal bands of all time.

This performance captures them live in Santiago, Chile, during their 2011 'Final Frontier World Tour' and sees them perform such classic tracks as 'The Number of the Beast' and 'Running Free'.

Also included is 'Behind the Beast', a documentary which takes a look behind the scenes of the tour and follows the band on the road.