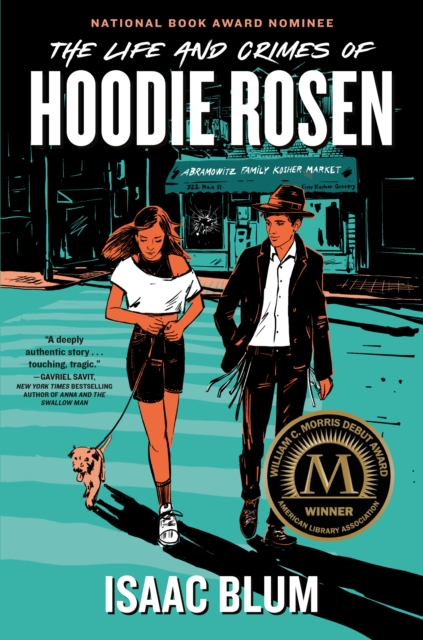 The Life and Crimes of Hoodie Rosen Hardback

Hoodie Rosen's life isn't that bad. Sure, his entire Orthodox Jewish community has just picked up and moved to the quiet, mostly non-Jewish town of Tregaron, but Hoodie's world hasn't changed that much.

He's got basketball to play, studies to avoid, and a supermarket full of delicious kosher snacks to eat.

The people of Tregaron aren't happy that so many Orthodox Jews are moving in at once, but that's not Hoodie's problem. That is, until he meets and falls for Anna-Marie Diaz-O'Leary - who happens to be the daughter of the obstinate mayor trying to keep Hoodie's community out of the town. And things only get more complicated when Tregaron is struck by a series of antisemitic crimes that quickly escalate to deadly violence. As his community turns on him for siding with the enemy, Hoodie finds himself caught between his first love and the only world he's ever known.