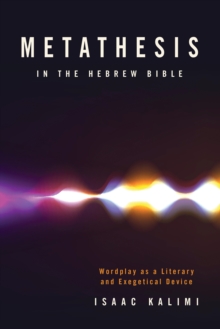 Metathesis in the Hebrew Bible : Wordplay as a Literary and Exegetical Device Hardback

Why did the biblical writers choose the specific words they did?

In order to explore this question, this book investigates the use of literary-stylistic metathesis in the Hebrew Bible.

The discussion then moves on to the widespread use of literary-stylistic metathesis in the Hebrew Bible, in which two or more words that use the same letters in opposite orders are deliberately juxtaposed within a sentence.

This device appears in various literary genres within the Bible and in diverse forms, which demonstrates that various biblical authors and editors used it as a compositional device, for a variety of purposes: whether for literary, aesthetic, or rhetorical effect; to make a theological or exegetical point; to connect or contrast particular words with one another; or to emphasise a specific viewpoint.

The book also demonstrates that literary metathesis is not limited to the Hebrew Bible but that it also appears in post-biblical Jewish Hebrew compositions, such as The Wisdom of Ben Sira and the rabbinic literature. 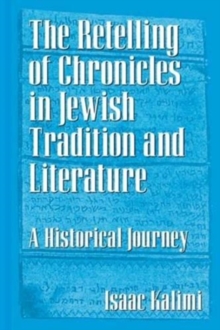 The Retelling of Chronicles in Jewish... 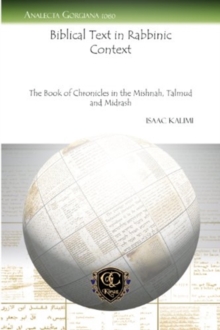 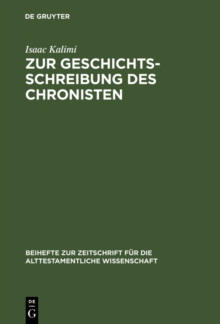