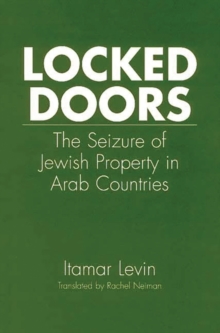 On the eve of the establishment of the state of Israel, the governments of Iraq, Egypt, Syria, and Lebanon, among others, began persecuting the Jews who had lived in these countries for generations.

In most cases the persecution focused on economic measures, aimed at destroying the basis for the very existence of these Jewish communities.

The measures became increasingly brutal during the Israeli-Arab conflicts and were also influenced by the claims of displaced Palestinians and internal political strife.

Now, for the first time, Itamar Levin tells the full story of this ignored aspect of the Middle Eastern tragedy. As Itamar Levin shows in this ground-breaking survey, in the Jews of Iraq were first forced to give up their citizenship in order to obtain permission to leave and then their property was seized.

The Jews of Egypt were deported after the Sinai Crisis, leaving their property behind.

The Jews of Syria were stripped of their property gradually through the years.

Levin estimates that the total value of the Jewish property lost in Arab countries is some $6 to $10 billion.

No compensation was ever paid to the tens of thousands of Jews who lost their homes, jobs, savings, and property--often overnight--just because they were Jews.

Must reading for anyone interested in the modern Middle East and negotiations for a final settlement between the Arabs and Israelis. 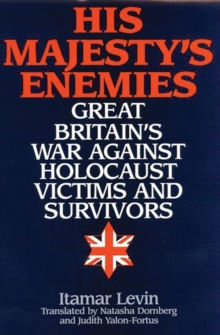