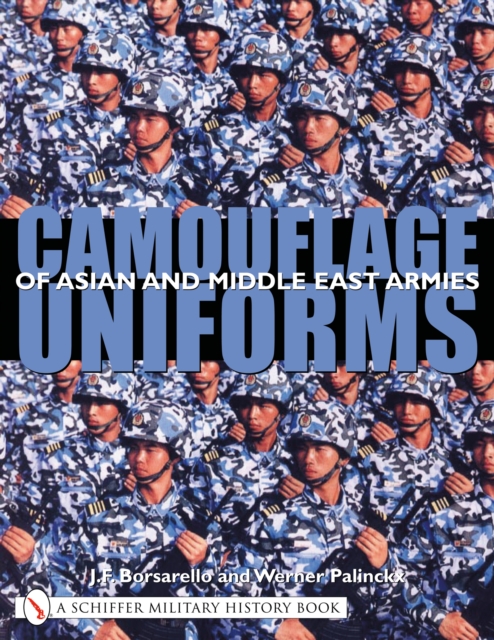 This book is the second in a series that show the camouflaged uniforms of the armies of the world.

This volume covers the armies of forty countries of the Middle East and Asia.

Where the previous volume on European and NATO armies only covered camouflage uniforms, this volume has added rank insignia and other badges making the book more complete.

For the first time, the reader will have a full overview of the different military garments used by these countries.

Many of these armies are engaged in conflicts around the globe.

If not in United Nations peacekeeping operations, it is in the war against terrorism - in the Middle East, Korea, or Indonesia.

In all of these conflict zones camouflage plays an important role and all of them are shown here in color.